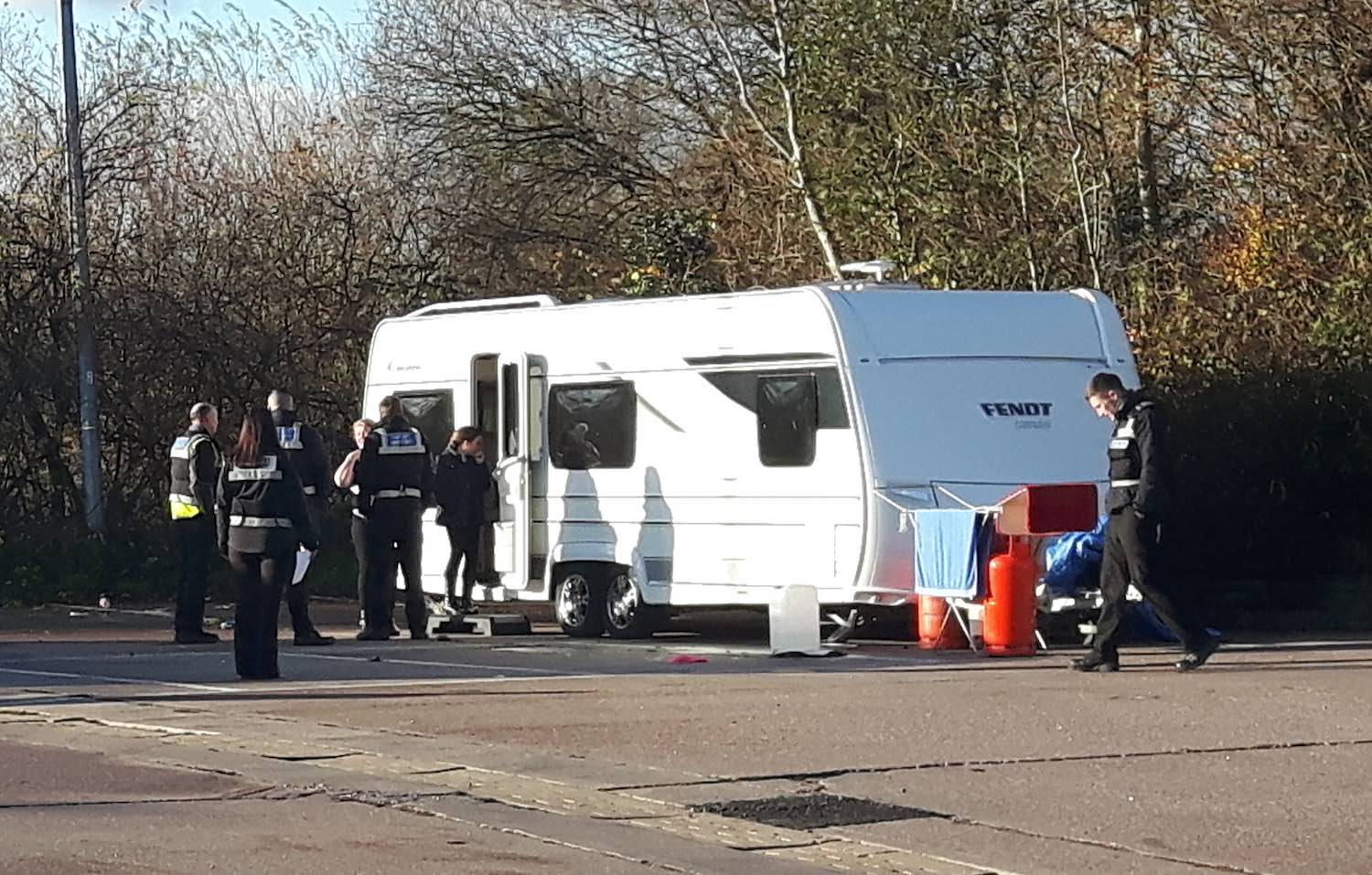 Having received instructions from Stafford Borough Council about an illegal encampment at Doxey Road Lorry Park in Stafford on Tuesday 28th November, seven of our enforcement officers were deployed for the removal of travellers, arriving on site at approximately 13:45pm to find seven caravans in situ but no suitable towing vehicles.

At 14:45pm the lead officer advised our office that more travellers had arrived at the site and that one caravan had vacated with two other preparing to leave. As our in-house tow truck was en route to the site, although the travellers had started to leave we thought it expedient to let the truck attend just in case. The last of the travellers vacated the site at 16:40 leaving a small quantity of rubbish and litter behind.