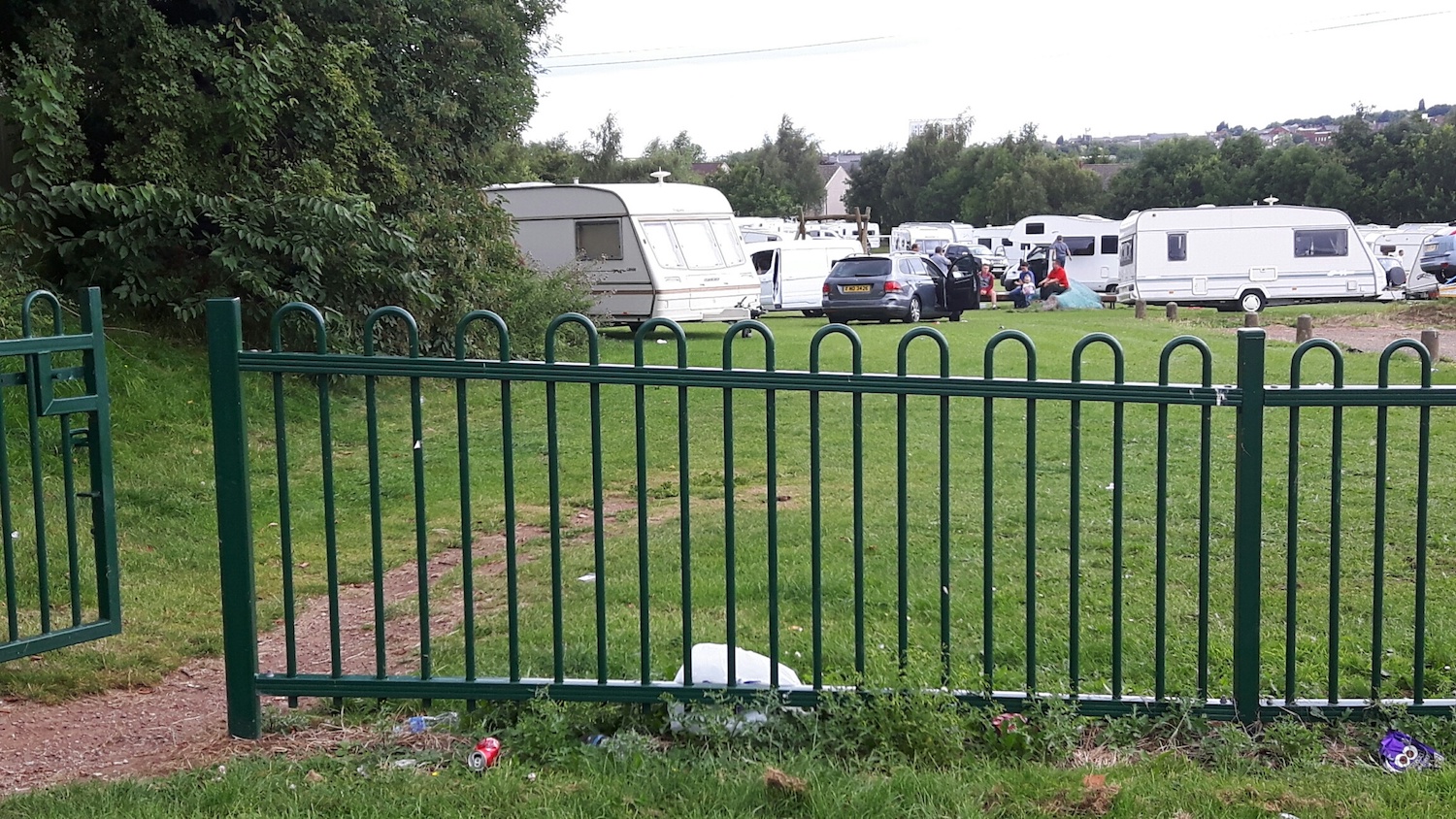 Unauthorised encampments of travellers known by many as gypsies can be problematic to landowners. Here we look at the growing issue and what can be done to remove them quickly.

The potential problems include:

The frequency of unlawful incursions by the travelling community appears to have ‘exploded’ over the past couple of years – both for private landowners and Councils who own greenfield sites and open spaces throughout the Country.

The Police and Crime Commissioner for West Midlands recently held a summit on this subject (February 2017) attended by most councils within the West Midlands together with Police and other agencies.  Penham Excel were invited to attend as the sole Authorised Enforcement Agents and prior to the summit and following the summit we have been engaged to remove unauthorised encampments for many of the Councils present.

The Police and Crime Commissioner has stated ‘Unauthorised encampments cost West Midlands tax payers millions of pounds, with Birmingham and Sandwell alone costing £700,000 and £400,000 last year (2016) for evictions and clean-ups.  There were an estimated 395 unauthorised encampments in the West midlands metropolitan regions in 2016.  This has more than doubled from 189 in 2011’

Some councils are now making applications in Court for injunctions against prolific and troublesome families.  This is expensive and time consuming for councils but is of course beneficial to that particular area – but detrimental to other areas because the families move on to another council area.

The Police and Crime Commissioner has now made representations to local MP’s to bring the matter up in Parliament and to try to strengthen the powers afforded to Police and Councils.  At present Police Powers are limited under the Criminal Justice and Public Order Act 1994 (Section61) and they can only move on a group and ban them from returning to the exact same spot (and same individuals) for three months – but there is nothing to stop the travellers then setting up another unauthorised encampment a couple of hundred yards down the road.

If a Council however has a transit site (more councils are now setting up these) the Police can direct them to the dedicated transit site.  If the group refused to go there then they can be expelled from that particular council area for three months.  If they return to the borough Police can make arrests and seize vehicles under Section 62A of the same Act.  This rarely happens in practice.

Travellers are fully aware of the relative powers that are available and they also realise that Police are limited in their powers and resources to effectively use the Criminal Justice and Public Order Act 1994.

The important fact here is that there is not (at present) any facility for cross border usage of transit sites, and at present there is only one in the West Midlands at Sandwell.  This exacerbates the problem as particularly in areas such as the West Midlands, Greater Manchester, Liverpool and London Boroughs where travellers will move from one local authority area to another within just a couple of miles.  This is particularly important as the travellers find their ‘work’ in urban areas.

The lack of provision on authorised sites and the lack of Police powers (or intention) has played well in to the hands of travellers and this has resulted in the explosion of incursions to both council land and private business properties.

It should not be underestimated the costs that are now being borne to both council and to businesses across the country.  The Summit in February 2017 heard anecdotal evidence that businesses were having their profits affected by incursions and indeed recently a charity in Cannock have been threatened with closure due to ongoing costs of eviction and clean up.  Evidence was also heard that companies are being deterred from investing in the West Midlands and are leaving the area.  This cannot be solely a problem for the West Midlands but the evidence from the West Midlands is clear.

Penham Excel are now very pro-active with regards to the removal of travellers from your land or property and offer a service utilising Common Law powers and also enforcement of High Court Writs of Possession.

We are aware that the travelling community have social media sites that give details of where they can easily access land or property and how long normally they are given before they are evicted.  We aim to make this more difficult for them by offering a prompt service to businesses and Councils.

Whilst Councils were at one time averse to utilising the powers under Common Law many Councils are now using this power as a particular tool – especially where there is considerable risks of community unrest and need to resolve the problem quickly.

A few words from our satisfied customers confirm our swift and quality service:

“I just wanted to say thank you for the service you have offered to us so far in relation to eviction of travellers from unauthorised encampments. The service has been great and very professional. Please pass on my thanks to all your officers that have been involved. The report you provide for us illustrated with pictures from the site before and after each eviction is a very useful summary for our records.”

Many thanks – Ervin Hoxha, Sandwell Council

“Thank you so much for your prompt service on Monday last week.  We were pleasantly surprised that you could respond the same date and even more surprised that you managed to evict the travellers from our car park within a couple of hours.

We were particularly happy that you were also able to advise and even get a local company to come to our Centre within minutes – to make the site more secure with the intention of preventing further issues with travellers.

As a Registered Charity this is particularly important to us as our funds are being eroded by such incidents.”