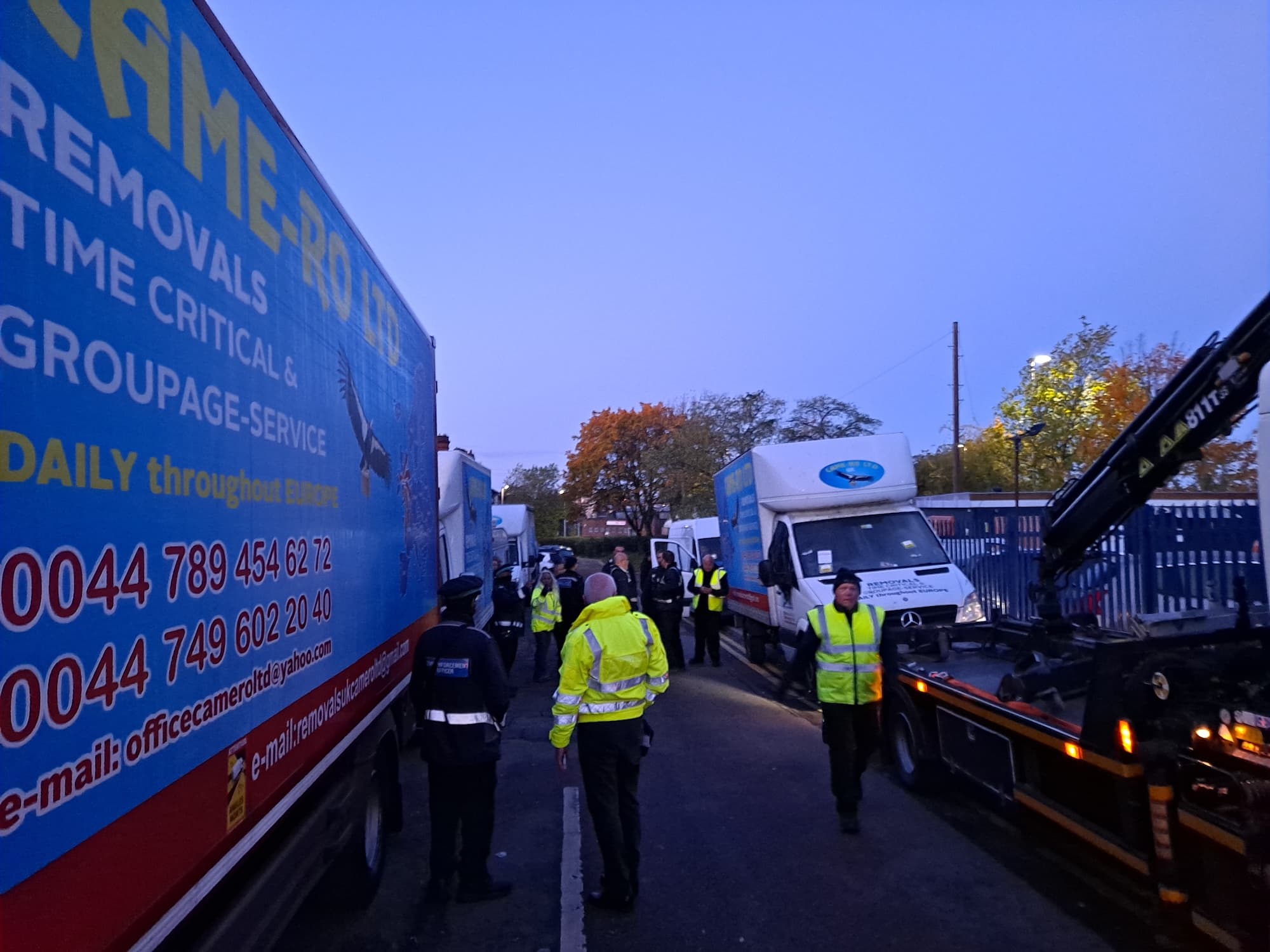 An early morning raid at a location in Sandwell on 2nd November helped achieve a successful outcome recovering 357 unpaid penalty charge notices totalling nearly £25,000 for Sandwell Council, delivering a clear message that Nuisance Vehicles will not be tolerated.

Multiple vehicles were clamped during the raid at a company in West Bromwich which involved Penham Excel Enforcement Agents, police and council highways officers. The vehicles were then released when the owners agreed to pay the £24,850 they owe, Sandwell Council said.

According to the authority the owners have been caught flouting parking rules across the borough for months. However following up with the owners had proved difficult due to the vehicles belonging to a UK company but being registered abroad.

Enforcement Agents from Penham Excel attended along with West Midlands Police officers.
During the operation police identified a vehicle with no tax and MOT unrelated to this operation, which Penham Excel removed under DVLA devolved powers.

Councillor Ahmad Bostan, cabinet member for environment for Sandwell Council, said: “We will not let people get away with parking illegally and if caught, they will receive a fine.

“The money we are due to receive will come straight to our highways budget and go towards keeping roads safe throughout Sandwell.”

Alan Wood, director at Penham Excel, attended the recovery operation said: “It is unacceptable to think you can ignore parking rules.

“The owners of these vehicles have repeatedly failed to pay parking fines and were at risk of losing their vehicles unless they paid what they owe.

“We set out to recover the amount in full and at no cost to Sandwell Council and we are thrilled we have been successful.

“We hope this sends a clear message to people that the council will act and we will recover any unpaid parking fines.”

Quotes from this article which appeared in the report from the Express and Star Newspaper.